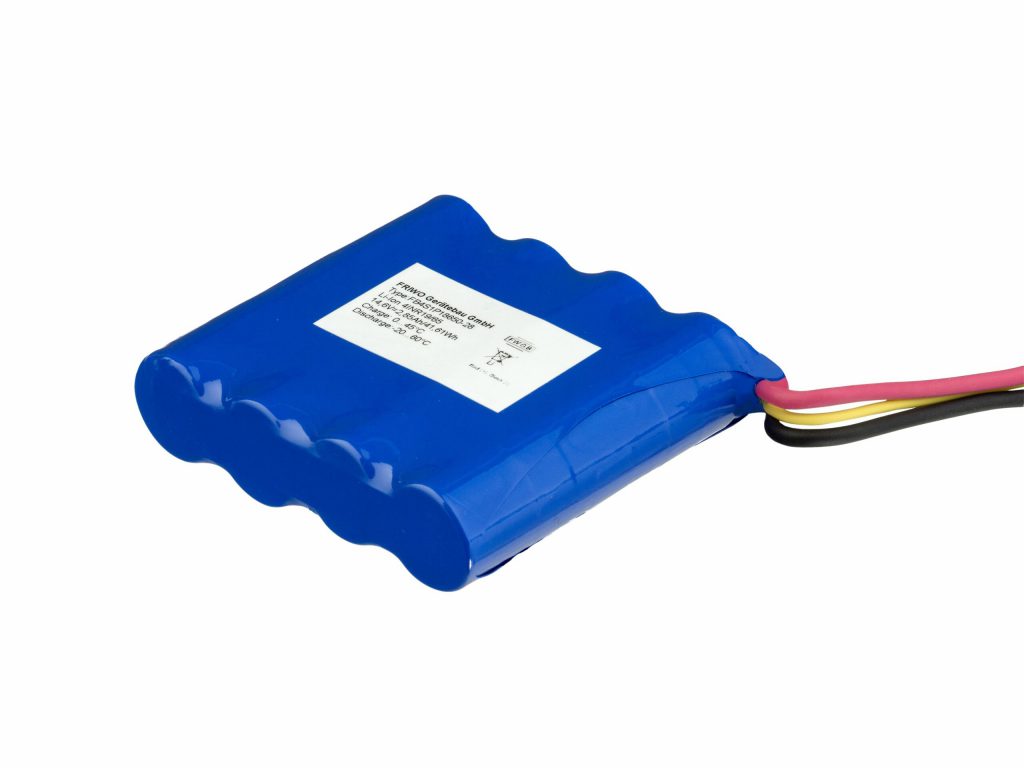 For many applications the use of lithium-ion cells requires an estimate of the expected battery pack's life. This consideration is an important aspect not only for direct application, but also for the definition of service intervals, and last but not least for storage.
The life of a battery pack is determined essentially by two factors:
Cyclical and calendrical aging. This paper provides an overview of these two aging processes and their significance.

Figure 1: Life span of a lithium-ion battery pack
Data sheets of the cells used provide the first clues as to the life span of a battery pack. Here you will find information on the number of cycles and storage, which can only serve as first indicators of the actual life: Especially the number of cycles indicated in the data sheets depends on a variety of marginal and side conditions, which often deviate from the real operating conditions of the specific application.

Figure 2: Dependence of the cyclical life on the charging level and discharge of a Li-ion cell

The amount of charging currents is an important aspect for determining and influencing the service life. Due to time savings, in practice, a quick charging method is used. The charging current is often a multiple of the standard charging current specified in the data sheet, which leads to a drastic reduction in the number of cycles in a consistent use of the quick charging process due to the higher thermal and mechanical stress on the cells. FRIWO’s measurements show that charging with 1C instead of 0.5C nearly halves the cyclical life.
Cyclical aging therefore depends significantly on the application and battery use. The more accurately the load conditions of the application can be modeled, the more precisely the cyclical aging can be investigated and estimated by means of long-term measurement.

With increasing cell age, chemical deterioration processes start which can attack the electrolyte as well as anode and cathode materials. The concomitant loss of capacity is described by the second aging mechanism: the so-called calendrical aging.
Decisive factors for this decay process are the charging state of the cells and the ambient temperature. According to the “RGT rule” (reaction rate temperature rule, also known as van ‘t-Hoff’s rule) the calendrical life is halved at a temperature increase of 10 K.
The following arithmetic example is meant to exemplarily depict a possible estimate of calendrical aging. As a first approximation, a linear approach can be chosen.
A cell manufacturer reports a 90 % recovery for his cell after 1.5 years in a temperature range of -30…25°C. According to the manufacturer, the official end of life reads 60 %. This suggests a theoretical service life in conjunction with calendrical aging if the cell is stored according to the specifications: with 10 % capacity loss per 1.5 years, a total of six years elapse until the final value of 60 % is reached. However, in reality, this theoretical life will be reduced due to the cyclical aging and application, which will ultimately be less than six years.
The specific cyclical aging of a rechargeable battery can be investigated and estimated by FRIWO on the basis of load profiles. Considering the calendrical aging, a realistic service life estimation of the battery pack is thus possible.